The Boxers and the Power of Pop Culture

The Boxers and the Power of Pop Culture 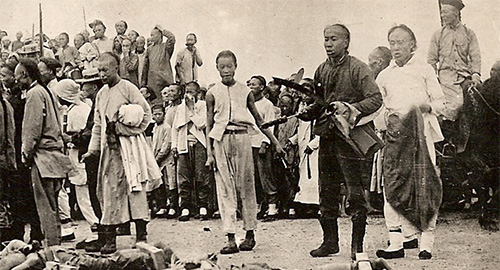 When I tell people that my next project is about The Boxer Rebellion, they get this look in their eyes, the same look people get when they’re trying to match a face with a name. Most vaguely remember hearing about it in high school history. Some know it because of Buffy the Vampire Slayer. Some think I’m talking about a band.

Understandable. In your average American history textbook, the Boxer Rebellion gets about a paragraph. Before I started writing Boxers & Saints, I didn’t know much about it either. Now that I’ve spent the better part of six years working on my two Boxer-themed graphic novels though, I truly believe that the Boxer Rebellion deserves more attention, especially in American schools. Yes, I’m biased. Very, very biased, in every way a person can be biased. But hear me out.

The Boxer Rebellion is a war that occurred on Chinese soil in the year 1900. At the beginning of the 1800’s China thought of herself as the pinnacle of human existence, the single world power, the Middle Kingdom. By the end, China was utterly humiliated. The ruling dynasty had been weakened by a century of wars with the European powers and could no longer defend China’s borders. The Europeans, the Americans, and the Japanese all established concessions – parcels of land that basically functioned as colonies – in the major Chinese cities. Western missionaries came looking for converts, Western merchants came looking for gold, and Western soldiers came to protect Western interests. Folks speculated that the Middle Kingdom would soon be broken into pieces, and everyone wanted in on the action. 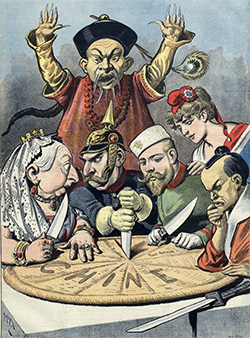 The poor, hungry, illiterate teenagers of the Chinese countryside felt deeply embarrassed by their nation’s weakness. They didn’t have much of a future to look forward to. Their crops had been ruined by a series of natural disasters. They didn’t have enough money to get married. They were constantly victimized by foreign soldiers and by gangs of roaming bandits. Their ancestors had always taken pride in the strength of China, in the glory of Chinese culture, but now that was gone too.

So where did these poor teenagers look for power? Like modern-day geeks, they turned to pop culture. They went to fairs and watched traveling acting troupes perform Chinese opera. Chinese opera told epic tales of colorfully-costumed heroes who fought evil with superpowers and magical weapons. The heroes of the Chinese opera were not unlike the heroes of modern American comic books, only instead of capes, flags flapped at their backs. 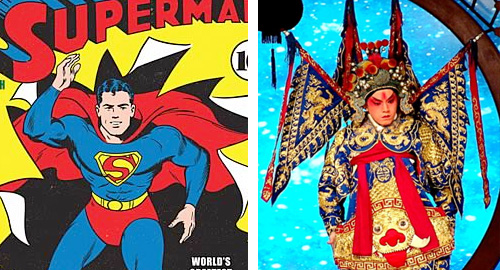 Like modern-day cosplayers, the teenagers wanted to embody their heroes. They came up with a mystical ritual that would call the heroes of the opera – the gods of the opera, really – down from the heavens. The teenagers would be possessed by the gods and take on their superpowers. Then armed with these superpowers, they marched through their homeland and into the major cities, battling foreigners. Because their martial arts reminded the Europeans of boxing, these teenagers became known in the West as the Boxers. At first, the ruling dynasty made a halfhearted effort to suppress the Boxers. Then, when it looked like the Boxers might actually defeat the Europeans, the dynasty ordered its armies to join them. It was an ill-fated effort. By the fall of 1900, the European armies had definitively defeated the Boxers and the Chinese military.

There are all sorts of reasons to include the Boxer Rebellion in American history classes. It was the first war in the age of mass media, the first war that people around the world followed through newspapers. Because of all the nations involved, it was the first truly global conflict. It foreshadowed the two world wars. The humiliation of the Boxer Rebellion still colors China’s relationship with the West today.

But in my mind (and maybe it’s just because I’m a modern-day geek) one of the most compelling reasons to study the Boxer Rebellion is that it demonstrates the power of pop culture. The Boxer’s ritual didn’t involve yelling “Shazam!” but it may as well have. 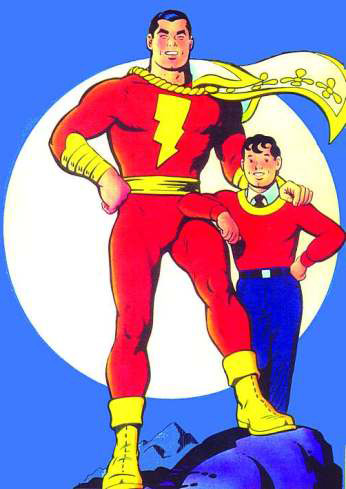 Pop culture isn’t frivolous, it’s empowering. It gives meaning. It is, as G.K. Chesterton described the penny dreadfuls of his day, “the actual centre of a million flaming imaginations.” When people feel powerless, they look for power in the stories that surround them. And sometimes there are global consequences.