Boxers & Saints in the Classroom Part 2

Boxers & Saints in the Classroom Part 2 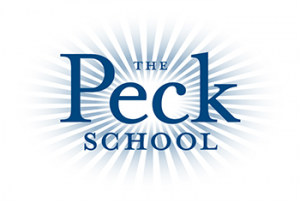 Teachers Robby Griffin and Darcy Caldwell continue to share about their experience teaching Boxers & Saints at The Peck School in Morristown, New Jersey!  Check out their first blog post here.

For our third day on Boxers, the students have finished reading the book for homework and are ready to discuss its entirety in groups of 13 or 14 for a class period (they drop history for one day out of our 6-day cycle, so I joined the English classes for the day).  In addition to finishing Boxers, the students were asked to write the following:

Turn to the panel on p. 282 and write 2 paragraphs where you analyze the significance of this panel to Boxers and use three other panels or moments from the text to explain p. 282’s significance.

Not all of the students truly understood how to analyze this panel, but they made a valiant effort and many did a wonderful job with it.  We would have provided more guidance to ensure they all understood the basic elements, but they will be coming back to rethink their ideas in a week and once again a week after that.  Regardless of their individual writing, the students again came to class prepared to amaze us with their insight in discussion.  Every day has been progressively more impressive, making us extremely curious about the final discussions we will have once we finish both Boxers and Saints.  Here is an accounting of the discussions we had on this third day of our experiment.

The final chapter brought us to Peking with all its new sights, sounds, and ideas; the students began by considering how Little Bao and his compatriots interact with these new elements of urban life that are so separate from their prior rural experience.  One student noted how a Boxer picked up a bedpan thinking it was an extremely fine bowl out of which to eat.  After a couple of other observations on the differences of city life, I pulled the class’ attention back to our study of Buddhism and compared the four panels on pages 238-239 with the Four Sights of Siddhartha Gautama (the historical Buddha).  The first three sights are depressing new developments for Little Bao, but the fourth sight is one of potential salvation in the new disciples to his group of Boxers (note, however, that the fourth sight of the Buddha was an ascetic and that ultimately asceticism was not the path to end suffering for Buddhism as the Buddha elected for a middle path between asceticism and indulgence instead – this speaks to the false hope the Boxers provide to Little Bao for the salvation of China).  Moments like this underscore how important it is to situate this reading in a broader context of learning about the cultures and beliefs of China and the West, especially when teaching a younger group like this.

Soon our discussion touched on why the characters’ faces were missing features when they appeared farther away.  This may seem obvious to some, but it is an important development for students of this age (and I would imagine older students as well).  Together the students revealed that too much detail on far away characters could be misinterpreted since it would be hard for the reader to make out the expression accurately.  Instead, Yang uses more obvious facial expressions like wide eyes when he wants to convey emotion – a technique exclusive to animation, which our students have not dealt with before.  This talking point helped the students further explore Mei-wen’s emotions as she and Bao were in the library and she had her revelation concerning Guan Yin, the Goddess of Compassion.  Our students noticed how this was a parting moment for Mei-wen and Little Bao because while they are united in their goal of unifying China, their previously aligned paths of doing so through force of arms have now diverged since Mei-wen sees the importance of compassion and understanding of all beings while Little Bao maintains his path of destruction as led by Qin Shi Huang.  One student noted how this played out through Mei-wen’s revelation on page 282 while Little Bao was asleep and oblivious to her transformation – an idea which is reemphasized through his lack of understanding for her treating wounded secondary devils while donning a drawn eye on her hand symbolizing a hamsa.  Another student compared her compassion and treatment of all wounded to the American Civil War where women would often tend to the wounded of both sides.  This idea will return in future conversations as we explore the role of women within Yang’s text, but for now they recognized the differing conceptions of China conveyed by Mei-wen’s comment, “What is China but a people and their stories.”

During the remainder of class we explored ideas such as whether one can discern right and wrong during such conflict, the meaning of vows and edicts when confronted with difficult stakes and conditions, Little Bao’s inner conflict between his personal connections and the “good of China,” the possibility that part of Little Bao dies with Mei-wen in the library, whether this is truly Qin Shi Huang’s story and the parallels between them, and the idea of both hesitation and compassion being weaknesses in battle (as shown through the backfiring of the burning library and the backfiring of letting women and children survive on the train respectively).  Our discussions cover so many different points that it is impossible to give a full accounting, but that is what is so fascinating about dealing with a novel like this: there is no limit to the types of discussions one can have, so you can just choose certain major ideas to really emphasize and let the students take the class where they find the most meaning.  Every class has been filled with many insightful interpretations, impressive visual and textual connections (like the people in hell on page 279 with Lee Bao’s role models on page 308), and sometimes less impressive and more shallow observations that are necessary parts of the process of helping 7th graders understand a complicated text.  All of the past two paragraphs of observations were made by one section during a single 40-minute period; now I will recount some of the other ideas put forward in the other two sections with some more speed and less detail.

We started the other classes with the same questions about how Little Bao reacts to this grand city and how he is overwhelmed.  The students quickly brought us from his status as the only one left from his village to his love for Mei-wen to his reversion to a childlike state while watching the opera puppets on pages 266-268.  They also noted how Bing Wong-bing truly acts like Little Bao did at the beginning of the novel, illustrating a strange parallel that ends with Bing Wong-bing in a state more similar to Little Bao’s father after being beaten by foreign guards than to Little Bao himself.  The second class noted much more of how Little Bao reacts to the water of Qin Shi Huang, asking whether he feels like he’s drowning especially in light of the fact that he cannot swim and that he is shoved into the water by Qin Shi Huang on page 307.  They also explored very explicitly the parallels between the Qin Dynasty and Little Bao’s journey as both burned a massive number of books, both left fathers to die, both tried to unify China by force, and both had some explicit rules.  On that last note, however, we also made some distinctions between the Qin Dynasty’s extremely strict and specific rules of Legalism and the more broad edicts of the Boxers, which perhaps had more in common with Confucianism.  While discussing the edicts, one student made the observation that the edicts are in a different order on page 150 and page 261.  For the class, we treated this as an intentional choice on Yang’s part, but it is one of a few moments that might be a typo in the first edition.

We again explored the mutually opposing and interdependent forces of yin and yang briefly, but we are saving the larger discussion of this notion for after completing Saints.  Nonetheless, the idea of romance vs violence featured prominently here, and we tried to make some sense out of those conflicting forces.  A very interesting development during this discussion was the occasional over-reliance on Western notions; this will become a much bigger concern in Saints, but some students wanted to say that Qin Shi Huang already knew the foreign troops were waiting to ambush the Boxers after they burned down the library because gods are omniscient and can see what will happen.  We pushed back on this to ask for specific textual evidence (or “specs” as I call them) that Qin Shi Huang can foresee things rather than allowing it to stand on preconceived notions of what a god can and can’t do.  Thus, they noted that he knew it would be a “mistake” to let the women live from the train.

With the final section of the day, we visited many of the same ideas as the prior two, but the students also emphasized how there were two forces pulling on Little Bao: Qin Shi Huang (or perhaps China) and Mei-wen.  A large discussion ensued over whether or not people without the mystic vision can see the Opera Gods.  They offered some interesting evidence and debated with each other quite a bit.  It was a worthwhile exercise, but eventually we tabled the discussion since we’ll have many more thoughts on it after finishing Saints.  This group also explored what role Little Bao’s eldest brother played in Bao’s life and whether his influence could have shown a middle path to Bao had First Brother not been killed by the woman from the train.

This third day of discussion really emphasized just how deeply the students can delve into a novel and how much Yang’s work inspired them to fully engage with the discussions.  From here our plan was to continue on to Saints as homework over the weekend, but we were lucky enough to get an extra 45 minutes with the entire grade on Friday when a math project fell through.  So, we broke them into their small groups to discuss two questions before returning for a whole-grade discussion of those points.  I have added the two questions below which sparked much fascinating discussion in both the small groups and the larger group.

Either way, whether Qin Shi Huang is internal or external, in the final pages (beginning with page 312) has Bao achieved any kind of resolution?  Psychologically, where is Bao before he dies?  Has he resolved his conflict?

Question 2
In yesterday’s discussion, one student took us to page 262 and noted the moment where a Boxer thought a bedpan was a soup bowl.  While they are both Chinese and both seemingly united by their Boxer affiliation, in this panel Lu Pai and the Boxer show their differences as an urban dweller vs a rural dweller and perhaps also as a government magistrate vs a poor village boy.  Consider the groups and factions that are represented in this novel.  Can you take this example as a starting point and identify groups of people (throughout the text) who unite or divide beyond the delineations of Boxers and Saints?