Happy Computer Science Education Week! Looking for an awesome gift for the young coder in your life? Check out the Secret Coders boxed set! Six volumes of coding goodness written by me and drawn by the incomparable Mike Holmes! 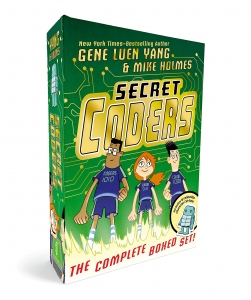 In honor of Computer Science Education Week, let me tell you why I’m a fan of a computer scientist by the name of Seymour Papert. 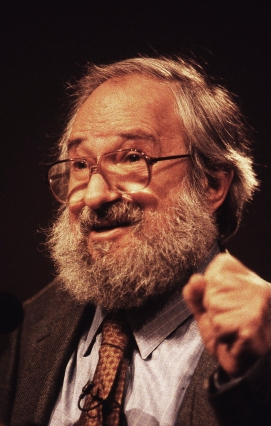 Seymour Papert loved two things that I love: coding and teaching. He was leagues better at both, of course. Maybe you don’t know Seymour Papert’s name, but you may have something in your home that he helped design. I’ll get to that in a moment.

In nerd circles, Papert is famous for a couple of things. First, he was part of a team that created the Logo programming language. From its beginning, Logo was meant for kids. Papert wanted young people to fall in love with coding, and it certainly worked on me. When I was in the fifth grade, I learned Logo on an Apple IIe computer. Then a decade later, I graduated from college with a Computer Science degree.

These days, Logo has been somewhat forgotten. If you’re a kid coder today, you’re most likely learning a more modern language like Scratch. Even Scratch, though, has Papert’s fingerprints all over it. Mitch Resnick, the principal creator of Scratch, was a student of Papert’s.

Here’s the second thing that Papert is famous for: In 1980s, the Lego toy company partnered with Papert to develop programmable Lego bricks. These bricks eventually developed into Lego Mindstorms. If you’re big into Lego, you may have a set in your home. Papert was so influential that Lego got the name “Mindstorms” from the title of Papert’s 1980 book on educational theory. 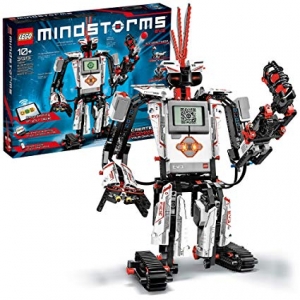 When Seymour Papert passed away in 2016, Lego commemorated his life by releasing a limited edition minifig of him. 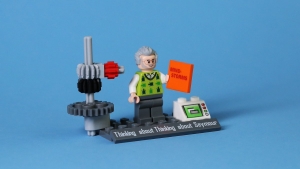 That’s what a big deal he is. He has his own Lego minifig.

Mike and I also gave him a cameo in Secret Coders. 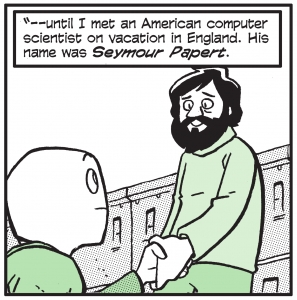 It’s one of my favorite parts of our series.

If you’ve ever experienced the joy of coding while playing with Logo or Scratch or Lego Mindstorms, you have Seymour Papert to thank.