How Chinese Opera and American Comics Are Alike

How Chinese Opera and American Comics Are Alike

I gotta be honest.  If you grew up on American pop music like me, Chinese opera can be hard to take. To Western ears, traditional Chinese singing can sound awfully whiny, like the singer is performing in spite of a mild head cold.

While working on Boxers & Saints, however, I developed an appreciation for the ancient artform.  I’ve already written about how Chinese opera was the pop culture of the Boxers, kind of the way superhero comics are the pop culture of modern-day geeks.  The similarities go beyond that. 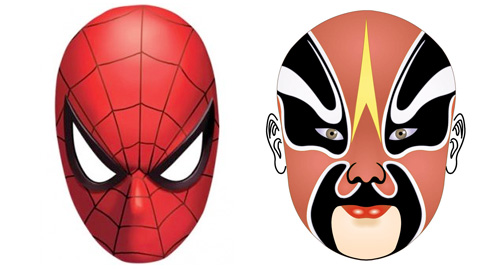 First, color is immensely important in both genres.  It’s well-documented that most American superheroes dress in primary colors while villains prefer secondary colors.

Second, both genres feature stories with lots of well-choreographed battles. Finally, primates are incredibly popular in both genres. DC Comics has a history of putting gorillas on comic book covers.  Here’s a clip of the Monkey King, probably the most popular character of the Chinese opera, doing his Monkey King thing (the most impressive part is at 0:19):