It’s that time of the week again…  Lego Asians time! 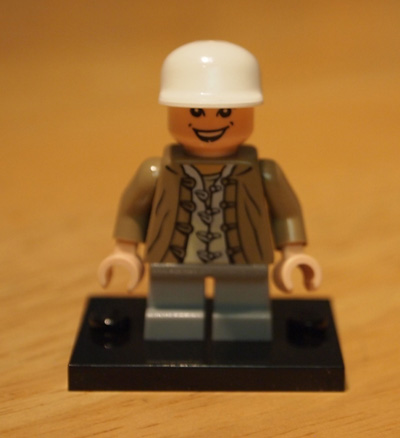 I know, Short Round from Indiana Jones and the Temple of Doom can be controversial in Asian American circles.  After all, when’s the last time you saw an Asian or Asian American hero with a diminutive white sidekick?  (And no, Jeremy Lin and Chandler Parsons don’t count. I think Parsons is taller.) Also, it’s weird that Short Round referenced fortune cookies, an American invention, even though he grew up in Asia.

On the plus side, the dude can drive even though he’s only eleven and he clearly kicked much butt.

To be honest, I was pretty ambivalent about Short Round until I became friends with Thien Pham, my collaborator on Level Up.  Here’s Thien and me in an interview:

Thien’s short.  His head is round.  He and I teach at the same school and if a kid disrepects me, Thien will tell them, “You call him Mr. Yang, doll!”

As my friendship with Thien developed, I became more and more of a Short Round fan.  In fact, I’m thinking about buying me a leather jacket and him a Yankees baseball cap. So thanks, Thien, for making me feel like a 1940s action hero!

I don’t think the Short Round minifig does the character justice.  First, his baseball cap is a generic white.  Second, he’s a stubby and can’t sit down.  How’s he’s supposed to drive if he can’t sit down?!

Speaking of Short Round, Thien Pham has a new book out called Sumo. It’s a beautifully drawn tale about an American football player trying to make it in the world of Japanese sumo wrestling. Go buy it now!