Luke and Me Episode 3

Luke and Me Episode 3

My friend and brother-in-law Luke is making his first comic! He asked me to help him along the process, and we’ve decided to post our interactions here.

In case you missed it, here are the previous posts in this series:

Luke recently sent me the plot summary of his first four chapters.  He built it using the Post-It method I described in episode one.  Here’s what he came up with, followed by my notes:

Set in alternate universe of humans/humanoid/monsters

A city at the base of a mountain, not particularly modern but overtly crowded with housing apartments atop each other like building blocks. While overlooking a great expanse leading to the ocean, there remains many a dark alley and hidden spaces amidst the city. From one of these dark corners our character is moaning in pain but from what it is not clear. As the eyes adjust to the darkened room, we come to realize our character is in a small back room of a popular ‘opium’ den.

A young lady comes in to tend to our character from time to time but activity outside the room continues to grow as there is screaming and shouting coming from the streets. The city is being set afire by an army. The young lady is unable to lift our character to safety and he is unable to even pick himself up. It is here we see a large bandage covering his forehead and other areas of his body, injuries sustained from an attack.

The flames have now reached the small room and the young lady is unable to stay without injury as embers begin to singe her clothes. She reluctantly leaves, tears down her face, to safety. The entire city is aflame with many citizens trapped inside and all who’ve survived without homes.

The arm remains at the base of the city, overlooking what’s left of the city. Panning over the faces of the soldiers we see not all are human but a mix of humanoids and monsters. Two sentinels return from the interior of the city to the army’s leader. Heads bowed down, both sentinels shake their head negatively but as to what we’re not clear of yet. The army’s leader then turns away and the soldiers follow.

Returning to the small room, we see mostly burnt and collapsed beams but a small sign that our character has survived the fire without harm. The young lady now has returned but with an elder gentleman with blackened hands and cloaked face. Together they pull the young man from the rubble, still unable to stand but alive, taking him away from the city.

The young man’s previous injuries are being tended to and the bandage covering his forehead is taken off to be cleaned, revealing a large scar at the center of his brow. The elder is surprised by this and places his hand over it. His blackened hands begin to change in hue as patterns emerge from the dark and change shape, receding to expose a pattern of an eye in the palm of the elder’s hand. The elder then pulls back the cloak to reveal his face, a third eye in same space where the young man’s scar exists. 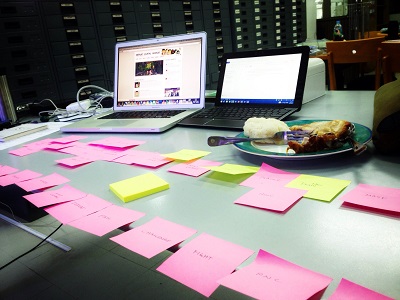 A ship in open sea.

The army’s leader meditating in his private room, awakens with the realization the young man is still alive . Soldiers are instructing to return to the burnt city to finish the job.

The young man begins to regain consciousness but only to the intense pain as the opium is no longer in his system. His memory fragmented we see just little glimpses of what lead to his attack and injury. The pain so immense from the injuries and withdrawal the young man is unable to speak. The young lady reaches for the drug/pipe to aid his pain but the elder gently motions for her to let him be. They both quietly sit there as the young man writhes in agony.

We see many days pass from the vantage point of outside this modest wooden home along the walls of a secluded valley. The only activity is daily chores handled by the young lady and elder.

The young man is now able to stand on his own, ventures out from the home for the first time to see daylight. That evening there is a modest dinner with the three eating in silence.

At night, the elder sits outside the house as the youths are asleep inside. The soldiers from the ship have tracked the young man to this house and confront the elder. The elder stands, not allowing the soldiers to enter and search the house. A fight ensues with the elder’s third eye now open and the color from his blackened hands now covering his entire being. The young man and lady exit the house to see the elder has killed the three soldiers but not before seeing his altered state. We see the elder shift back to this normal self but the third eye remains. The young man collapses in shock.

Inside the house we see a series of esoteric tools and talismans. The elder is now seen huddled over a black-stone pouring water, making ink. The elder is shirtless, and we can see far more markings than previously seen, moving and changing shape atop his skin. Once finished, the elder then turns around, picking up one of the tools and begins tattooing the young man’s chest. (the style in tattooing I’m referencing here is traditional Japanse, tebori). Close up of the young man’s face, we see resolution and calm.

The ceremony is complete and the young man is meditating alone inside the house. We pan in to the see the details of the tattoo but what we notice is the pigment is now fading and is being absorbed by the body to where no mark can be seen.

Congratulations on starting your comic!  You should feel good about the time and effort you’ve put in so far.  Many, many people dream of making a comic book.  Few ever actually put pen to paper or fingers to keyboard.

What you’ve sent me is essentially the first act of your story.  You introduce us to the world and the main characters.  Through the elder, you give a preview of what the future may hold for your protagonist.  You’ve also set up the central conflict between your protagonist and the army.

It’s very clear that you’re a visual person.  Even with these short paragraphs, I can clearly see how you want this story to look.  Not every story is meant to be a graphic novel, but yours certainly is.

You asked if you’re on the right track.  Overall, you are.  You might be giving a little too much detail for a plot summary, but that’s not one of the main issues I want you to focus on.

For your next revision, concentrate on these two things:

First, make your protagonist active. When I finished reading Chapter 1, I wasn’t sure if the young woman was supposed to be the main character or the injured young man.  Protagonists must be active.  Your protagonist is not.

For most of the piece, he’s injured and almost inanimate.  The young lady, the elder, and the antagonist are all much, much more active than the protagonist.  This can’t be.

By the end of the first act, we need a clear sense of the protagonist’s deepest desire.  We need to have seen a call to action, what folks refer to as a spark or an inciting incident.  This is an event that turns the protagonist’s world upside down.  This is Bruce Wayne’s parents getting killed, Peter Parker getting bitten by a radioactive spider, Buzz Lightyear landing on Andy’s bed.

We also need to see the protagonist’s response to that call to action.  That’s what sets the second act in motion.  All of this requires an active protagonist.

I’m not entirely sure what your call to action is.  It could be the fight that caused the protagonist’s injury, the one that happened before the story begins.  Or it could be the introduction of the elder.  If it’s the first, it needs to be included in the story.  If it’s the second, we need to see the protagonist’s response to the elder.  Almost always, the protagonist resists the call to action by ignoring it, or running away from it, or compromising with it.  That’s what we do in real life, right?  Nobody wants to leave their comfort zone.

Bruce Wayne compromises by trying to fight crime without dressing up like a bat.  Woody ignores by pretending everything’s going to stay the same after Buzz’s arrival.  Peter Parker runs away by becoming a performer who only cares about money, the exact opposite of a superhero.  You have to show us your protagonist’s struggle with his call to action. 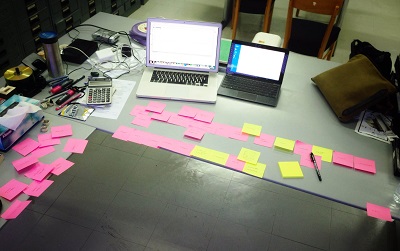 Second, give more information. When it comes to withholding information, you have to walk this fine line.  You must intrigue without confusing.

You want to raise questions in the minds of your readers because that’s what keeps us reading.  In Anne Ursu’s The Real Boy, a whole host of questions compels us to the last page.  Will Wolf get his comeuppance?  What’s wrong with the children of the Shining People?  What *really* happened to all the magic in the world?  And most importantly, will Oscar ever rise above other people’s low expectations of him?

You want to hide, but you don’t want to hide so much that your readers question what questions they’re supposed to ask.

I can tell you have good instincts in this department.  However, in the intrigue/confusion balance, you’re erring on the side of confusion.  Not by much, mind you, but we do need a little more.

Think hard about what more information you should reveal.  This may or may not help:  Think of your protagonist as a new friend.  What basic information would you need to feel attached to him, to feel like inviting him out for coffee to learn more?  Give that information in the first act, but nothing more.

That’s it.  Next time you send this along, please give me a revised first act and a first draft of the second act.  As always, let me know if you have any questions!