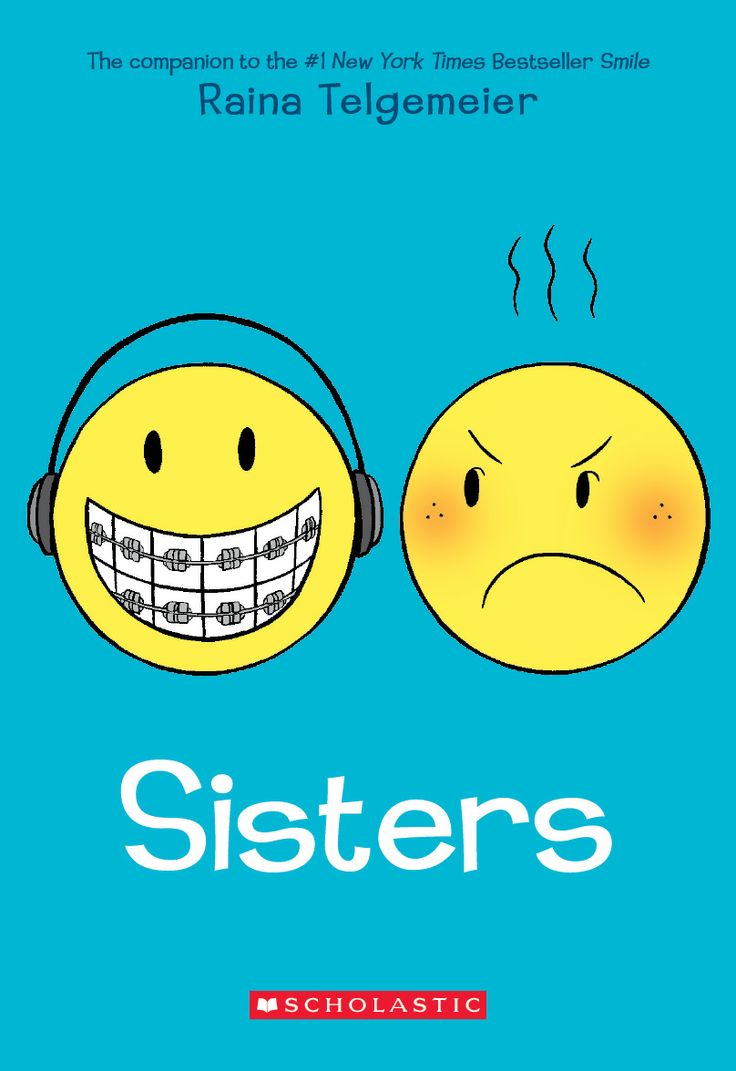 A few weeks ago, my oldest daughter (a second grader) bought Raina Telgemeier’s Sisters from her school’s book fair. She instantly became a Raina devotee. I’d already read Smile with her, but something about Sisters flipped a switch – maybe because my daughter has to deal with sibling drama of her own at home.

Raina’s a friend of mine. I knew from Facebook that she was doing a signing near us, so I told my daughter we’d go see her. On the morning of the signing, my daughter woke up chanting Raina’s name.

The signing was freaking amazing. I’ve never been to a comics signing like it, not even with the Image Comics founders when they were at the height of their fame in the 90’s. Raina did a joint event with the inimitable Kazu Kibuishi, and the entire store was packed with parents and kids holding stacks of Smile and Drama and Sisters and Amulet.

The crowd was so big that the store had to give out little tickets to tell you what signing group you were in. Group #1 got to see Raina and Kazu first, then Group #2, and so on. We were Group #7. Twenty minutes in, I said to my daughter, “I know Raina and her husband Dave. We see each other at least a couple times a year at different book events. We can get her to sign it later, at Comic-Con or something.”

My daughter looked me straight in the eye and pointed to her ragged copy of Sisters. “Daddy, we came to get this book signed.”

So we waited over an hour, almost two. Raina and Kazu were (of course) lovely, and my daughter went home with a signed book and a happy heart.

And that’s why articles like the one Janelle Asselin wrote for Comics Alliance don’t particularly worry me:

Don’t get me wrong, it’s a great article and I totally agree with her. But even if superhero publishers are failing kids, comics as a medium is not. Kids are reading lots and lots and lots of comics these days. They’re just not reading the same kinds of comics that their nerd parents did. Raina’s books, Kazu’s books, Jeff Smith’s Bone, Jason Shiga’s Meanwhile, the Ninjago graphic novels, Paul Pope’s Battling Boy, the Holm siblings’ BabyMouse, Ben Hatke’s Zita the Spacegirl – they’ve all made appearances on the New York Times Bestsellers List. Try finding a copy of any one of those at your local library. Mostly likely you can’t because it’s checked out. If you do, it will look like it’s been through a washing machine because so many kids have read it. 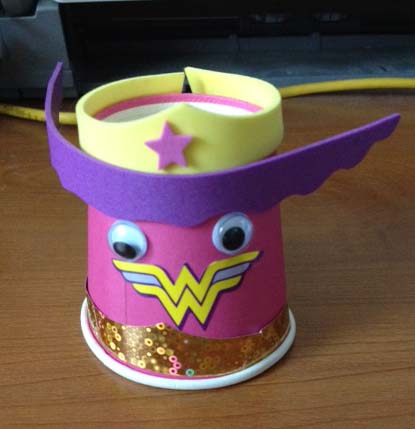 I offered to buy her a WW action figure (I swear I’m not that cheap!) but she wanted to make one herself

I have to tell you – as Asselin details in her article – it is hard to find age-appropriate Wonder Woman comics for a second grader. There’s the Justice League Adventures series from a few years back, and those reprints of the Super Friends comic from the late 70’s and early 80’s. There are also books that are “comics-ish”: Ralph Cosentino’s gorgeous picture book and the Capstone early readers.  But that’s about it. Not a lot, and most of it is old, made before my daughter was born. 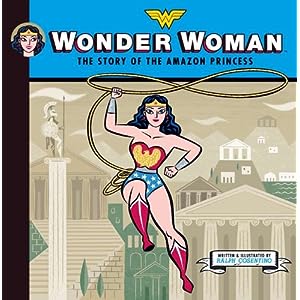 There’s nothing for the future, no Wonder Woman kids’ comic for my daughter to look forward to. But that’s fine, because I know for a fact that Raina’s working on her next book.

Wonder Woman may not be there for my daughter, but Raina Telgemeier certainly will.