All this week, Sonny and I are taking you behind the scenes of our new comic The Shadow Hero! Buy the digital first issue of The Shadow Hero on Amazon Kindle, Apple iBooks, or B&N Nook for a mere $0.99!

Here are the previous posts, in case you missed them:

Here are the script, thumbnail sketches, and Sonny’s final art for page 3: 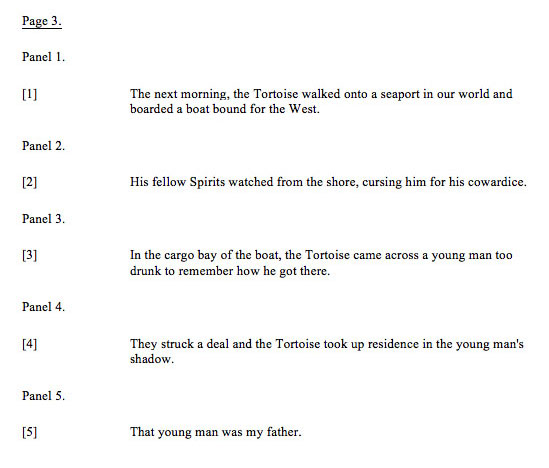 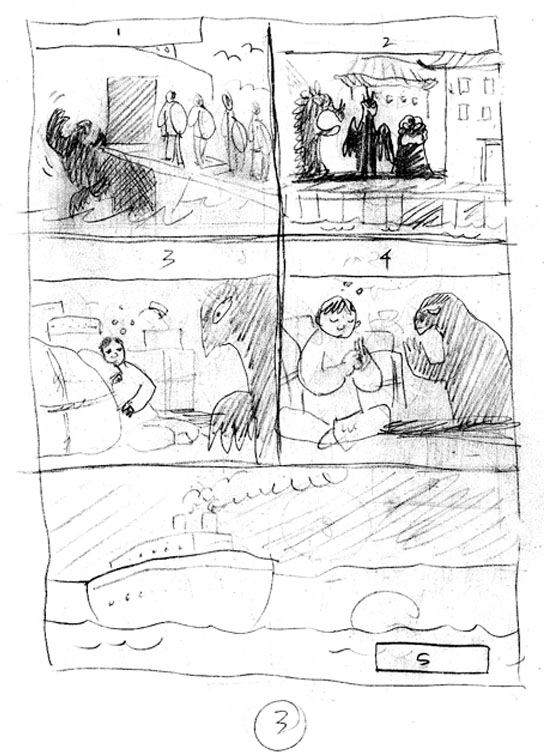 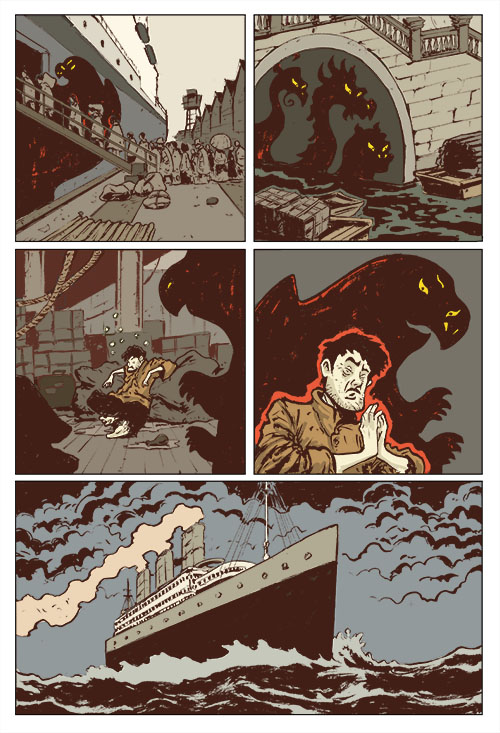 Hank Chu, the protagonist of The Shadow Hero, barely shows up in the first issue.  Instead, the focus is on his immigrant parents.  I’m sure that breaks some sort of writing rule somewhere.  I recently read Save The Cat, so Blake Snyder’s writing advice has been swirling in my head.  As I was writing, I debated the choice of keeping Hank in the background for so long.  In the end, I stuck with it because I feel it mirrors the experience of the immigrant’s kid.  Often the “inciting incident” for a central tension in our lives – the tension between cultures – occurred before we were born.  Hope you’ll read the comic and let me know if you think the choice was a good one.