All this week, Sonny and I are taking you behind the scenes of our new comic The Shadow Hero! Buy the digital first issue of The Shadow Hero on Amazon Kindle, Apple iBooks, or B&N Nook for a mere $0.99!

Here are the previous posts, in case you missed them:

Here are the script, thumbnail sketches, and Sonny’s final art for page 4: 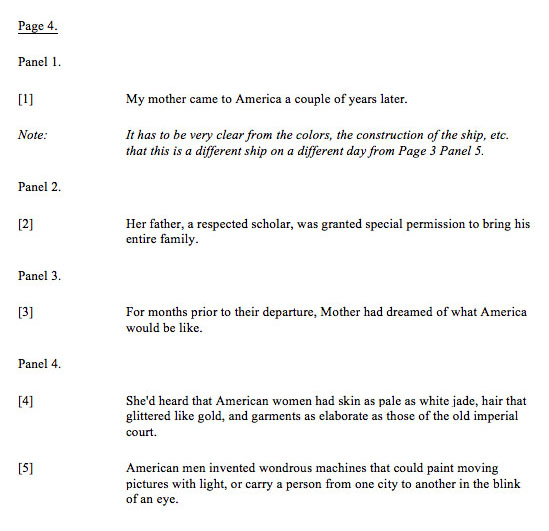 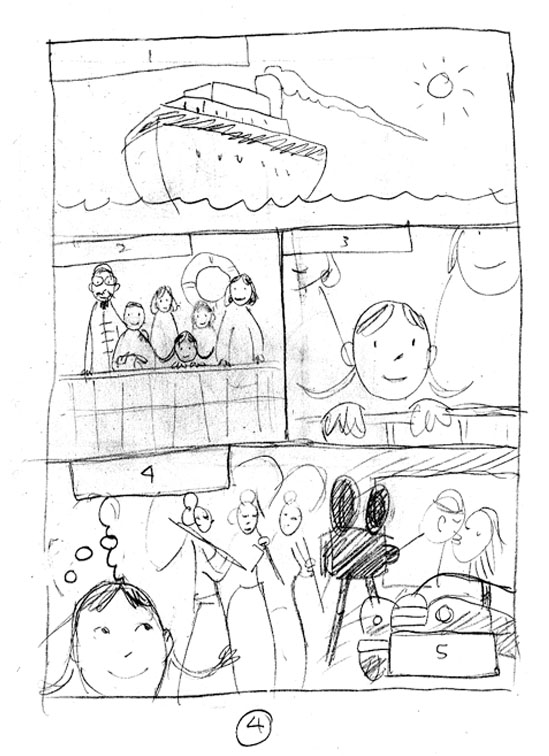 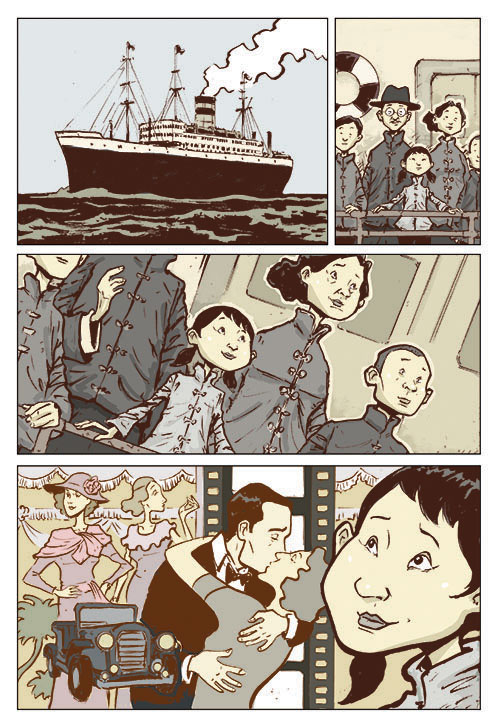 Folks who read the preview copies of The Shadow Hero have asked me if Hank’s mom is based on my mom.

Nope.  My mom is much less “tiger-y” than Hank’s mom.  She has artistic inclinations, so she understood my love of comics.  That’s not to say that she didn’t also have a practical side.  She did force me to take summer school Physics alongside my Intro to Comics Illustration class.

Hank’s mom is based on some of the ladies at the church my family attended when I was a kid.  Don’t get me wrong, they were amazing people, but they were also very… well…

Read the comic and you’ll know what I mean.  Especially if you grew up in an Asian American church.