Tomorrow, First Second Books will release the first digital issue of The Shadow Hero, a six-issue miniseries written by me and drawn by the tremendously talented Sonny Liew! The Shadow Hero #1 will be available via Amazon Kindle, Apple iBooks, and B&N Nook for the low, low price of $0.99!  A print trade paperback collecting all six issues will be available July 15, just in time for Comic-Con.

The Shadow Hero revives the Green Turtle, an obscure comic book character from the 1940s who is arguably the first Asian American superhero.  Like so many Golden Age characters, he’s in public domain now.  You can read more about him and his creator Chu F. Hing here and here.  You can find all of his original adventures at the Digital Comics Museum, an amazing free resource for comics fans.

Since this is The Shadow Hero‘s debut week, Sonny and I are going to share with you some behind-the-scenes stuff.  Sonny’s going to show you his amazing character designs, while I’m going to give you a glimpse at my writing process.

Here are the script, thumbnail sketches, and Sonny’s final artwork for the first page of the book.  Janice Chiang lettered the final pages, but I can’t seem to find copies of them on my hard drive so you’ll just have to buy the comics to see those. 🙂 (Janice, by the way, is a legend.  If you’ve read comics at all in the last thirty years, you’ve most likely read at least few issues that she’s lettered.) 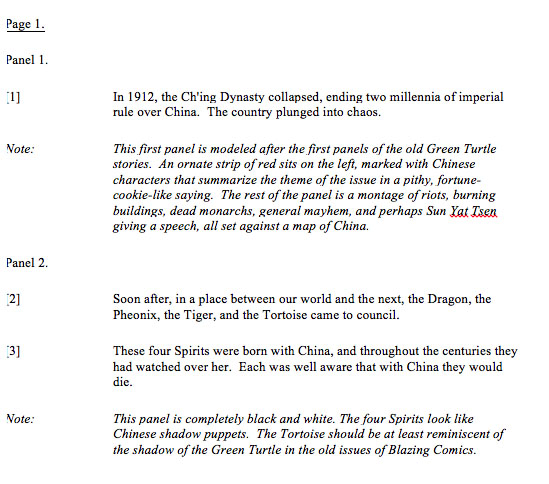 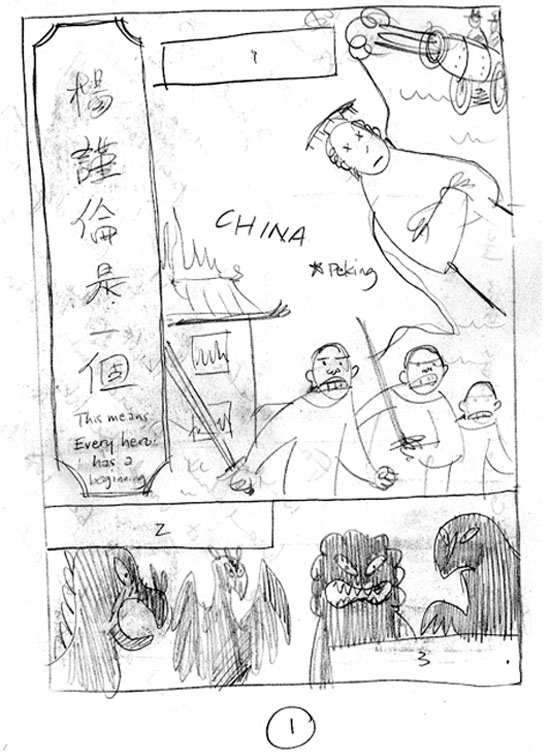 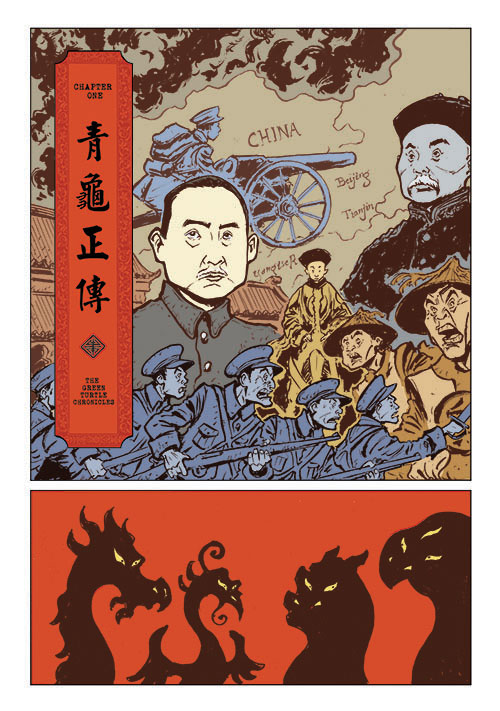 In the original Green Turtle comics, Chu Hing started each story with a vertical banner showing a phrase in Chinese.  Here’s an example: 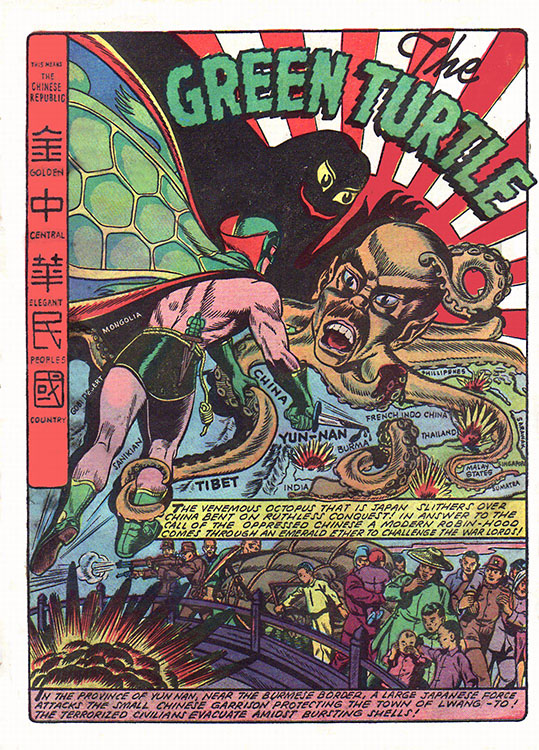 Sonny and I decided to do the same thing as an homage.  If you compare his final art with my thumbnails, though, you’ll notice that the Chinese characters are different.  That’s because I don’t really know how to write Chinese, despite having gone to Chinese school every Saturday for twelve years.  I basically wrote the few characters that I remember as a placeholder, so in the thumbnails the Chinese banner reads, “Gene Luen Yang is a.”  That’s right. That’s the net result of twelve years’ worth of Saturdays.  I can write my name, “is”, and “a.”  I can’t even tell you what Gene Luen Yang is, because I don’t remember how to write “cartoonist” or “teacher” or “undisciplined Chinese student.”

Moral of the story: pay attention in your language classes, kids.

Sonny, fortunately, knows his Chinese, so he was able to fill in the banner with a Chinese phrase that actually makes sense.