We have a Winner!

We have a Winner!

I know it’s been over a month since Comic-Con 2014, but man, I’ve been busy.  Secret Coders got announced, I just finished the script for the next Avatar: The Last Airbender GN, and a new school year began!

Anyway, I finally got around to picking a winner for my Twitter contest, and it’s Deb Aoki!  She found the Green Turtle on the convention floor.  Here’s proof: 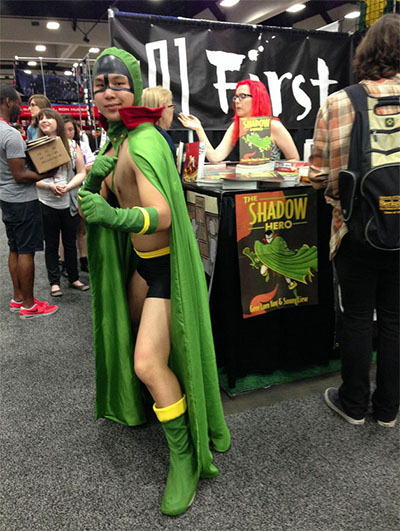